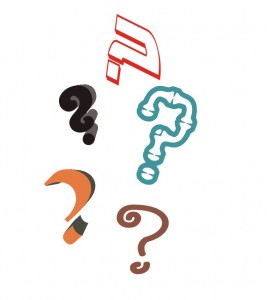 Why do I talk about grace all the time?  Why the hype?  What’s the big deal? These are questions asked by those who don’t quite understand this truth.  If a person “gets” it, there’s no way he/she can keep quiet about the wonders of  it all.

A friend and I were discussing why we thought some Christians understand grace and others don’t.  We came to several conclusions.  For instance, many of us were taught you get nothing for free.  True, most things in life we must pay for, but God’s grace is free for the taking.  Maybe it just wasn’t explained clearly or was taught with a mixture of truth and lies, and the lies won out.  Some people believe a person must work for God’s love, so then grace is unattainable because it is a gift and can’t be worked for.  But whatever the reason that keeps us from understanding grace, it is a sad thing. The truth is, too, most of these reasons were our own reasons at one time or another, hence the conclusions.

Why do some Christians have a clear understanding of grace?  Several things come to mind.  Maybe they hear the truth proclaimed and accepted it.  Maybe those who were forgiven much grab hold of grace because they know they don’t deserve it.   Some might have asked for clarity and revelation to receive knowledge and truth and got it.  I don’t know their personal reasons for accepting God’s grace, but I know it is a truth that changes lives, families, churches, and has the potential to change the world!

Let me give you an illustration of the difference between mercy and grace. Sometimes we tend to get these two mixed up.  They may seem similar, but they are really quite different, although you can’t get one without the other.  It’s a package deal.

A woman drives down the interstate 20 miles over the speed limit.  A policeman stops her.  He gets out of his car and walks to the window, “Ma’am you were speeding, but I’m not going to give you a ticket, though you really deserve it because you broke the law.”

She deserves that ticket, but doesn’t get it.  The woman is so thankful to just be able to drive away at that moment, receiving nothing else.

With unbelief she says, “Really?! Oh thank you so much.”

The policeman says, “However I am going to give you something else.”

The woman’s demeanor changes as she thinks, “I thought it was too good to be true.”

But the officer gives her a one hundred dollar bill!   Then he says, “Now take this and go to the mall and spend it. When you get there you’ll receive another one.  Take that and spend it; there will be an unlimited supply.”

That’s never ending grace.  She didn’t have to pay the penalty for breaking the law because the policeman took care of it for her.  But she did get something she didn’t deserve (an unlimited supply of hundred dollar bills) and it certainly wasn’t based on her behavior.  That’s Unmerited Favor, which is grace.   Make sense?

You see God sent His Son Jesus to pay the penalty for our sins since we were lawbreakers (sinners). (Romans 5:8)  Because of His sacrifice on the cross we can be saved from an eternal hell when we accept (trust, believe) the truth of what Jesus did for us. (John 3:16)  God provided this freedom out of His love and mercy.  Heaven is freely given to those who believe!  But He did even more than that by including every spiritual blessing in Christ Jesus. (Ephesians 1:1-6) No one is certain of everything provided in this gift of grace, but there is forgiveness, joy, peace, faith, a sound mind, love, security, provision, protection, and the benefits go on and on and on and on.  A new spirit, His Spirit, within us gives us the power to fulfill our purpose in life to glorify Him. All of this is grace in action.

Grace enables me to live for Jesus because it is His love and power in me that accomplishes His work and purpose through me.  His grace takes me over, under, through, in between, and far above all circumstances.  I am NEVER without Him.

The truth is, God could have saved a place in heaven for me and that would have been more than enough, more than I deserved.  But He also gave me His ongoing grace.

Why do I share this message over and over again?   Because Father God has lavished His unmerited favor upon me!  The greatest thing that ever happened in my life cannot be hidden.  I am one of those people who was forgiven much, who had the veil removed, who found it hard to believe I had worth.  Yet today and every day Grace tells me that I am highly favored, blessed, valuable, and loved by God Almighty, the Father of my heart.

Do I live graceful every day, every minute?  Nope, I don’t.  But those times when I do, whether in heartache or joy, I experience abundant life here on earth.  Praise to the Father, Son, and Holy Spirit!

2 Corinthians 12:8-9 But He said to me, “My grace is sufficient for you, for My power is made perfect in weakness.” Therefore I will boast all the more gladly of my weaknesses, so that the power of Christ may rest upon me.

Romans 6:14 For sin shall not [any longer] exert dominion over you, since now you are not under Law [as slaves], but under grace [as subjects of God’s favor and mercy]. (It is grace that keeps me from living ungodly.)