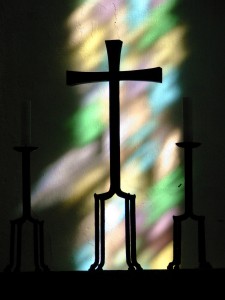 She was so lonely and had been for at least 12 years.  She was sick, fatigued, pale, broke, and needed someone to help her.  But there was no one.  Anna had no support from family, friends, or the church, and at times felt she it might be better to end her life.  She thought, “Who would miss me anyway?  No one realizes I’m alive until they see me, then they run in the opposite direction.”

The days rolled on year after year and she had no one to care for her, love her, and very few would even speak to her.  Financially drained from spending all her money on doctors, she knew a miracle had to happen.  Isolated, and hurting from the pain and bleeding, hope revived in her heart one day.  She heard a healing man was coming to town.  It was her last chance to get her life back.  Anna’s heart told her this man was the answer to her problems.  This man was different from all the rest.

The crowd was huge the day he came.  From outside the crowd Anna watched and made a plan to move in as close to him as possible.  She covered herself in a cloak so as not to be recognized for surely she would be shunned and forced to leave the town. “I only need to touch the tassel of his robe, just the hem of his garment.”

She pushed her way closer, but her frail body wasn’t strong enough to keep going, she was forced back.  The closer she got, the further they pushed her away. “O God, I must touch this man!  Help me get to him!”  It was then she noticed a small hole forming between the people.  A light shone brightly leading her through that entrance to the man who would heal her.  When she made it to him someone pushed her back, but as she fell she grabbed hold of the tassel of his robe.

Crawling through the crowd, trying to keep from getting stepped on, Anna realized she was healed.  She just knew it!  She believed it!  Getting up, she began squeezing her way back through the mass of people, all of them pressing the man so tightly he could not move.  Then the man said loudly, “Who touched me?”  Silence.  No one spoke up.  He said, “I felt the power leave my body, who touched me?”

Afraid she would once again be ostracized and maybe even arrested for touching another person, Anna trembled with fear, but felt compelled to draw closer to the man who had healed her.  Raising her hand and voice she shouted, “It was me!”  The people parted and she was allowed through.  Bravely Anna approached Jesus.  She fell down before him and said, “I touched you and I have been healed from a bleeding disorder that has destroyed my life.  But you gave my life back to me when you healed me.” Jesus said to her, “Daughter your faith has made you well.  Go in peace, you are free from your sickness.”

Daughter, did he say daughter?  His term of endearment left her knowing she was loved and valued by someone.  Free, free ~ yes, she was free to go hug her grandchildren whom she had never touched.  Free to be a part of society again. Free to tell all of her miracle… and she did.

This woman’s story is told in Mark 5:24-34 and Luke 8:43-48.  I embellished a little bit by giving her a name, describing some of the feelings, thoughts, and cultural issues she probably dealt with at the time.  Read the account from Scripture and see if you can relate to this woman.  We are given this glimpse of Jesus in Scripture to give us a picture of who He, our Savior, really is to us.  He is Healer, Comforter, Power, Identity Giver, and Lover of our hearts and soul.  He is Truth and Faith.  He is the Answer to our questions.  He is the One who accepts us the way we are.

For Him there is no unlovable person.

He satisfies, completes, and knows everything about me and still He offers freedom from pain, affliction and strongholds.  He is the reason I sing, the reason I live, and the only reason I praise.  Jesus is my wholeness.  For in Him the entire fullness of God’s nature dwells bodily and you have been filled by Him, who is the head of every ruler and authority. (Colossians 2:9-10)

What?  The complete, fullness of God’s nature dwells in Jesus and since I have been made one with Jesus I, too, have been filled, and made complete.  Praise and thanks to my Lord Jesus who makes me whole!

← Nicodemus Part 4: The Redeemer is Revealed
The One Who Sees →

5 comments for “Jesus is My Wholeness”