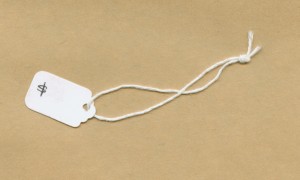 Recently there was an international day of prayer for the persecuted Church, and at our church we tried to understand a little of what it might be like when the penalty for faith in Jesus can be torture or even death.  We pulled down all the window shades and lowered the lights, because in the persecuted church our brothers and sisters in Christ must meet secretly and must not be seen, or noticed.  We didn’t use our Bibles or hymnbooks because such things are almost non-existent among the little congregations.  To have possession of a Bible is punishable by beatings, jail or worse.  There may be only one Bible or small portions of scripture in a whole village, hidden with great care.  We quietly sang hymns from memory.  Our speaker spoke from the floor, with no electronic assistance, speaking as carefully as he could so he could be heard within, but not outside the room.  After the message we saw pictures of men, women, and children who had been beaten, thrown on fires, or tortured in other ways because they spoke publicly about their faith, or refused to recant their Christianity, or possessed some kind of scripture.  These pictures had been smuggled out of these countries – and thank God for the brave people trying to let the world know what is happening.

It is hard to see how our brethren must go through so much, and yet stay faithful.  Pictures of a severely burned little boy, elderly believers who had been severely beaten, or a beautiful young woman with a huge machete scar across her face were difficult.  However, it is perhaps because of this persecution that the Gospel is spreading quickly in these areas and this, of course, makes those anxious to prohibit God’s Word oven more determined to wipe it out.  It is analogous to the early Church, when the Church under persecution had to know exactly what they believed, and be prepared to stand firm against all those who would seek to silence them.  Under persecution, the Gospel spread like wildfire.

We were a sober congregation when the message was finished, and I could see that many of us were contrasting this kind of faith with the present church in the U.S., where many are chasing self-absorbed promises of health and wealth, or putting their focus on programs for themselves, and neglecting the poor and suffering in the world around us.

If you trust statistics, someone has estimated that as many as 450 believers per day are being killed somewhere in the world for their faith.  The worst threats are in some Far East countries, and also in Middle Eastern areas where Islamic extremists are in power locally. Before I retired, I worked for a ministry to Christians in the Middle East and North Africa, and we regularly received information about the severe risks believers ran in proclaiming their faith.  Many wrote that they had been threatened with death, even from their own families, although they lived in countries where the official policy was supposedly more tolerant toward Christianity.  Even our office was threatened, and authorities took the threats seriously – at one point evacuating a nearby school and the entire business block where the office was located because of a bomb threat.  This kind of thing is real.

In the past few months I have not been able to move past my feelings of angst for the Church, and my frustration that so many have no clue that what they are experiencing as “worship” or the Christian life has no resemblance at all to the scriptural characterizations of worship or spiritual growth, or service.  There are a lot of good things about the Church; there are millions of faithful, conscientious believers living lives which reflect the values and ideals of Christ.  They serve quietly in their communities in countless ways, and humbly do what they are able to do, and try to raise their children in the nurture and admonition of the Lord.  I am not discounting them.  Yet there is still this rather abrasive and almost ugly element within the Church which is seen by the world, and which they eagerly embrace as an excuse to assume that being a Christian is for fools.  They look at the extremes, and label us as all being the same.  It is unfair and unjust, but it is one of Satan’s greatest tools in trying to quench an effective Church in the world.  It is an infinite comfort to know that in spite of it all, God is still in control and will carry out His own purposes in His own time.

There are many reasons why and how this present state of things has developed.  The question is not if it exists, but how to reverse directions and strip ourselves of all this glitz and glam and hand-holding with the world, and get back to the real purpose why the Church is here.  We could all have been taken immediately to heaven after we became believers if we didn’t have a purpose here. God has made it clear that we are to be light and salt in the world: Light, to illuminate the darkness of man’s innate rebellious nature and to bring the light of the Gospel into the World; Salt to preserve and keep the mind and spirit from the decay that sets in without God.  It is not about our personal happiness.  We are to be Christ’s hands and feet in the world, helping those who cannot help themselves, giving cups of cold water In His name, demonstrating in word and deed the compassion and kindness and humility of Christ.  That is why Christians have been those in the past who started hospitals, orphanages and schools.  The laws of most countries in the world are founded on the basic tenets of the Ten Commandments, given to Israel by God as a ruler by which men must measure themselves. Even the world has recognized that society must have rules and structure; that we cannot go around murdering each other, or stealing from one another, or destroying family life by not respecting our parents or sleeping with our neighbor’s spouse, or being eaten alive with envy of those who have more than we do.  The Law of God has been the only thing which has kept man from total self-destruction in his desire for spiritual autonomy.  It is the foundation of all civility and grace in the world, and the preservative against the moral anarchy of a world ruled by self.

Now, the Church has decided somehow to try to compromise with the world, and buy into its values.  One of Satan’s most effective weapons is to imitate God.  He poses as an angel of light, and uses as much of the truth as possible, twisted cunningly, to lure people in without them seeing the hook in the bait.  In order to avoid this, it is imperative that we really study and know the scripture so that we can confront him and see through his deceptions.  One of the biggest needs in the American Church is the gift of discernment.  We have lost the ability to sort out the real from the unreal, and just gullibly swallow everything that looks and sounds good, not seeing the poison that may be hidden in that delightful looking morsel.

We have a lot to answer for.  I wouldn’t want to see the Church in the U.S. be under the same kind of persecution as those in other parts of the world, but it might not be bad if we were under a little more heat.  It might cause us to strip ourselves of some of our complacency and dig down into the reasons why we call ourselves believers.  What is it that really drives us?  Would we still follow Jesus and stand firm in the face of real persecution?  What would be our priorities then?  How would we respond if we knew that just to own a Bible could put us and our families in jeopardy?  Could we stand up to having our hands literally put into a fire unless we denounce Christ?  These are questions our brethren in the persecuted Church must be able to answer.  They are not fictional, but real people, undergoing real pain.

I would like to ask each of us to pray for the persecuted Church, and look deep within ourselves to see if we have that kind of faith.  May we fervently desire to know Christ and to be like Him, and be willing to deal with the realities of faith, and not just coast along in the fantasy world of the secularism and materialism of the present Church in the U.S.   My prayer is that God will bring a revival to the Church and call us all back again to a faith filled testimony which reflects His holiness, grace and mercy.

3 comments for “The Cost of True Discipleship”