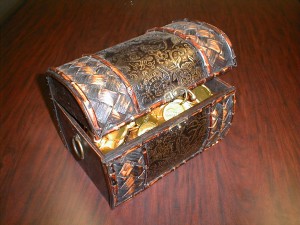 Waiting… how impatient we grow while waiting; we spoke about this last time.  However, while we are wringing our hands and fretting, God is working behind the scenes; He will not leave a matter unsettled for His children.

Now Boaz went up to the gate and sat down there, and behold, the close relative of whom Boaz spoke was passing by, so he said, “Turn aside, friend, sit down here.” And he turned aside and sat down.  He took ten men of the elders of the city and said, “Sit down here.”  So they sat down.  Then he said to the closest relative, “Naomi, who has come back from the land of Moab, has to sell the piece of land which belonged to our brother Elimelech.  So I thought to inform you, saying, ‘Buy it before those who are sitting here, and before the elders of my people  ~ If you will redeem it, redeem it; but if not, tell me that I may know; for there is no one but you to redeem it, and I am after you.'” And he said, “I will redeem it.” Then Boaz said, “On the day you buy the field from the hand of Naomi, you must also acquire Ruth the Moabitess, the widow of the deceased, in order to raise up the name of the deceased on his inheritance.”  The closest relative said, “I cannot redeem it for myself, because I would jeopardize my own inheritance.  Redeem it for yourself; you may have my right of redemption, for I cannot redeem it.”  Ruth 4: 1-6 NASB

The redeemer will redeem the property most readily.  Why not?  It is a great piece of land and will add to his wealth.  He is ready to redeem and Boaz throws him curve ball.  He also would have to marry Ruth.  She is foreigner and he is not ready to jeopardize his children or his inheritance.  His actions represent the Law.  Under the Law is atonement, which covers sin, but could not redeem.

The first man is from the earth, earthy; the second man is from heaven. 1 Corinthians 15:47 NASB

The first man could not redeem us.  Adam was in the perfect state with God before the fall.  His life and walk with God is the original plan; the inheritance we all were to possess. However, Adam sinned and had not the power to redeem or reconcile man back to God.

Grace covers all and reconciles us to God.  Christ is full of mercy and compassion; He wants to redeem us.  His heart breaks for every person; His heart longs for none to perish.  He is willing to redeem anyone who will accept and trust in Him.  Boaz was willing to redeem, as soon as Ruth came to him, he would not rest until she was redeemed and cared for.  The Lord is waiting for you to make the first move.

He is waiting; He will move heaven and earth.  He did move heaven and earth over two thousand years ago.  He is waiting for us to come to Him. Redemption does not just apply to our salvation, it applies to any area we are need.  Perhaps you need to have a stronghold broken; maybe you need a breakthrough for a certain situation.  As soon as we approach God at the threshing floor and ask Him for His covering over our lives, our situations, when we submit ourselves to God and acknowledge Him as our source, we can rest assured He will do it.

Then Boaz said to the elders and all the people, “You are witnesses today that I have bought from the hand of Naomi all that belonged to Elimelech and all that belonged to Chilion and Mahlon.”Moreover, I have acquired Ruth the Moabitess, the widow of Mahlon, to be my wife in order to raise up the name of the deceased on his inheritance, so that the name of the deceased will not be cut off from his brothers or from the court of his birth place; you are witnesses today.” Ruth 4: 9-10 NASB

Not only did Boaz redeem Ruth, he purchased (redeemed) everything that belongs to Naomi, and her husband and two sons.  He did not care the first- born would be raised up for his brother, it did not even matter to him.  He redeemed her.  Boaz was not only receiving Ruth as his wife, Boaz had a heart for God’s Law and was willing to risk his inheritance to redeem Ruth.

Woe to you, scribes and Pharisees, hypocrites!  For you tithe mint and dill and cummin, and have neglected the weightier provisions of the law: justice and mercy and faithfulness; but these are the things you should have done without neglecting the others.  Matthew 23:23 NASB

Jesus is admonishing that while they are concerned with certain aspects of the Law, they ignore the principle of the Law; justice, mercy, and faith.  In all actuality, the unnamed redeemer who refused to redeem should have.  He should have extended mercy, justice, and faith to Ruth and Naomi; the Law did not empower him to have mercy.  Boaz is a type of Christ.  Grace empowers Boaz to have mercy and a heart willing to redeem.  He is richly blessed for redeeming her.

All the people who were in the court, and the elders, said, “We are witnesses. May the LORD make the woman who is coming into your home like Rachel and Leah, both of whom built the house of Israel; and may you achieve wealth in Ephrathah and become famous in Bethlehem.  Moreover, may your house be like the house of Perez whom Tamar bore to Judah, through the offspring which the LORD will give you by this young woman.” Ruth 4:11-12 NASB

I am going to discuss the lineage next time to finish our discussion on Ruth, but the blessing Boaz received was one of honor.  The first-born would be raised up to Mahlon, and in return, he receives blessings to build his own house.  God owes no man; He will repay our justice, mercy and faithfulness with the like.

← Reflections of His Beauty
Learning Thanksgiving the Hard Way →