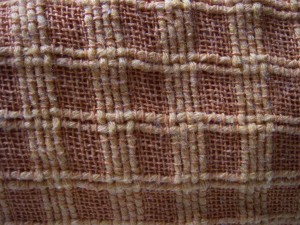 By Piper Green      Therefore let us draw near with confidence to the throne of grace, so that we may receive mercy and find grace to help in time of need. Hebrews 4:16 (NASB)

Let us draw near… let us draw near… God’s grace was poured out in the blood of Christ, now we may boldly ask what we need.  Ruth serves as our example to approach with the right spirit and a heart of integrity.  Approaching God with pure motives, beckons His attention every time.

So she went down to the threshing floor and did according to all that her mother-in-law had commanded her.  When Boaz had eaten and drunk and his heart was merry, he went to lie down at the end of the heap of grain; and she came secretly, and uncovered his feet and lay down.   It happened in the middle of the night that the man was startled and bent forward; and behold, a woman was lying at his feet.  He said, “Who are you?”  And she answered, “I am Ruth, your maid.  So spread your covering over your maid, for you are a close relative.”  Then he said, “May you be blessed of the LORD, my daughter.  You have shown your last kindness to be better than the first by not going after young men, whether poor or rich.

“Now, my daughter, do not fear. I will do for you whatever you ask, for all my people in the city know that you are a woman of excellence. Now it is true I am a close relative; however, there is a relative closer than I.  Remain this night, and when morning comes, if he will redeem you, good; let him redeem you.  But if he does not wish to redeem you, then I will redeem you, as the LORD lives.  Lie down until morning.”  So she lay at his feet until morning and rose before one could recognize another; and he said, “Let it not be known that the woman came to the threshing floor.”

Ruth uncovered his feet and lay on the ground at his feet.  I can only imagine what must have been going through her mind; what if Naomi had totally lost her head and gave Ruth a plan that would blow up in her face?  What would she do?  Often times in your journey with the Lord, He will ask you to do things that do not make any sense.  However, obedience reaps many rewards. Boaz was startled in the middle of the night and realized someone at his feet; Ruth came seeking his covering, she is seeking redemption.  She is not just asking for marriage, she is seeking redemption.  When we approach God on the threshing floor, He desires for us to receive His redemption, but He is wants our whole being; He offers His face then and all He has is available.

Boaz understands Ruth’s appeal as a widow.  She does not try to get him to fall in love with her or seduce him, she relies on the Law:  that he is honorable and will do the right thing.  I also believe he is revealing why he did not initiate the relationship.   Boaz knew he was not first in line as a redeemer and that he is too old for her.  Historically he may have been close to thirty years older than Ruth; however, he honors her for not seeking a man for his age or affluence.

Ruth’s prudence serves as an example for women today; do not settle for spiritually immature men.  Pray and fast concerning your future husband. Seek men who make wise decisions and are secure.  If a man cannot submit to God, you are in trouble.  Boaz encourages her with the fact that she is accepted because she is a woman of excellence.  Her service and love to her mother-in-law is above reproach and few would have done the same.  She is a rare jewel.  Boaz does not want to bring shame to her and he assures her he will do what she has asked of him.  When we wash ourselves and approach the threshing-floor and seek God to intervene on our behalf, we may walk away with the assurance that He will do all that we ask of Him. Why? He loves us and longs to redeem.

Boaz covers her by instructing her to stay the night.  He protects her from dangers lurking in the dark and from any appearance of wrongdoing.  In the morning he will determine if the goel (redeemer) will redeem her.  She leaves with his promise that he will take care of the matter.  She does not have to worry about it.  She does not have to question whether he will remember her or remember to take care of it.   Boaz must exhibit three main characteristics to redeem Ruth: first, he must have the right of redemption, which at this point he does not have; second, he must have the power to redeem, which he has the wealth to redeem her; finally, he must have the will to redeem her.  He has the will ~ he has promised to do it if the next of kin will not.

Our heavenly Goel Jesus Christ has all three qualifications.  He has the right, the power, and the will.  It was His Passion to redeem all mankind.  God has given Him all rights and all power to redeem us.  We have the assurance He is working on our behalf for whatever we have brought before Him at the throne of grace and He will not rest until the matter is taken care of.  He promises that He is watching over His word to perform it and that it will not return to Him void.

For I the LORD will speak, and whatever word I speak will be performed.  It will no longer be delayed, for in your days, O rebellious house, I will speak the word and perform it,” declares the Lord GOD. Ezekiel 12:25 NASB

Then the LORD said to me, “You have seen well, for I am watching over My word to perform it.” Jeremiah 1:12 NASB

We must trust God and know He is working for us and will do as He has promised.  He is not slack in remembering His promises and He will not disappoint.

Piper is a writer and earned a B.A. in Government from Regent University; she writes passionately about her Redeemer whom she loves with all her heart. Piper has two blogs, Piper’s Pen which earned a peer award-The Sunshine Award, where she expounds on the Word of God and The Christian Observer where she examines the importance of the influence of faith in politics. Piper is a wife of eighteen years and a mother, raising three children in Centennial, CO., resting in the shadow of the Rocky Mountains.

3 comments for “Ruth: From Beggar to Princess Part Six”