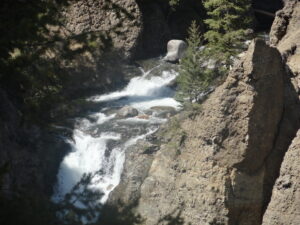 Come to Me, all you who labor and are heavy laden, and I will give you rest.  Take My yoke upon you and learn from Me, for I am gentle and lowly in heart, and you will find rest for your souls.
~ Matthew 11:27-29

I have shown you in every way, by laboring like this, that you must support the weak.  And remember the words of the Lord Jesus, that He said, ‘It is more blessed to give than to receive.’ ~ Acts 20:35

Who then is Paul, and who is Apollos, but ministers through whom you believed, as the Lord gave to each one?  I planted, Apollos watered, but God gave the increase.  So then neither he who plants is anything, nor he who waters, but God who gives the increase.  Now he who plants and he who waters are one, and each one will receive his own reward according to his own labor.

For we are God’s fellow workers; you are God’s field, you are God’s building.  According to the grace of God which was given to me, as a wise master builder I have laid the foundation, and another builds on it.  But let each one take heed how he builds on it.  For no other foundation can anyone lay than that which is laid, which is Jesus Christ.  Now if anyone builds on this foundation with gold, silver, precious stones, wood, hay, straw, each one’s work will become clear; for the Day will declare it, because it will be revealed by fire; and the fire will test each one’s work, of what sort it is.  If anyone’s work which he has built on it endures, he will receive a reward.  If anyone’s work is burned, he will suffer loss; but he himself will be saved, yet so as through fire. ~ 1 Corinthians 3:5-15

Therefore, my beloved brethren, be steadfast, immovable, always abounding in the work of the Lord, knowing that your labor is not in vain in the Lord. ~ 1 Cor. 15:58

But when He saw the multitudes, He was moved with compassion for them, because they were weary and scattered, like sheep having no shepherd.  Then He said to His disciples, “The harvest truly is plentiful, but the laborers are few.  Therefore pray the Lord of the harvest to send out laborers into His harvest.” ~ Matt. 9:36-38

← Have This Attitude…
Lest We Forget… →

Welcome!
Thank you for joining

In everything, therefore,
treat people the same way
you want them to treat you,
for this is the Law and the Prophets.
~ Matthew 7:12

“Be glad then, you children of Zion, And rejoice in the Lord your God; For He has given you the former rain faithfully, And He will cause the rain to come down for you— The former rain, And the latter rain in the first month.” — Joel 2:23

I will cry to God Most High,
To God who accomplishes
all things for me.
He will send from heaven
and save me;
He rebukes the one
who tramples upon me.
Selah
God shall send forth
His mercy and His truth…

Be exalted, O God,
above the heavens;
Let Your glory
be above all the earth…

I will praise You, O Lord,
among the peoples;
I will sing to You
among the nations.
For Your mercy reaches
unto the heavens,
And Your truth
unto the clouds.

Be exalted, O God,
above the heavens;
Let Your glory be
above all the earth.
~ From Psalm 57