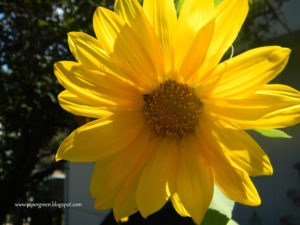 Recently I found a series of lectures on YouTube.  The subject was “Suffering Is Not For Nothing”, and the speaker was Elisabeth Elliot.  I have loved her writings, and certainly this is a subject which touches all of us, so I watched the entire series, one lecture per day for six days.  I was encouraged to find that her experiences (though far more difficult than mine) matched my understanding, and that perhaps this meant I was on the right track.  Truth is universal, and while our experiences are all different, the basic truths of what we learn from those experiences should take us all to the same conclusions.

Simultaneously, I have been listening to some messages given by a friend of mine, on another audio network.  He and his wife had been friends of mine since we were all teenagers.  He became a physician, and then when he retired from medicine, he became an itinerant preacher and Conference speaker, just as his father had been before him.  His wife was one of the sweetest and most gentle women I have ever known, and they were a kind of “golden couple”.  It was difficult to lose them both to Alzheimer’s a few years ago.  Someone had recorded over fifty of his messages at various Conferences, and I have been working my way through them.  On the day I watched the last of the Elisabeth Elliot lectures, I listened to one of my friend Paul’s messages on “Faith”.  Not to my surprise, the conclusions they had both reached were very much the same.  One had approached things by the route of “suffering”, and the other had come by a way of examination of “faith”, but they both ended up at the same place.  There is a fundamental understanding in response to our eternal question to God: “Why!”

When we want to find out about faith, we are usually directed to the eleventh chapter of Hebrews. It begins:

It goes on to describe all the things that faith accomplished for the believers of the Old Testament ~ wonderful reminders of all the times when God had stepped in and done miraculous things; when faith had opened the Red Sea and knocked down the wall of Jericho, and many other instances of His changing circumstances because of faith.

Then we come to verse 36.  It begins, “Still others“, and goes on to describe the many instances when He did not intervene, and people were tried and tortured, cast out into the desert to wander around destitute, clothed only in the skins of animals, and were never rescued.

The obvious question is: WHY did He intervene in some cases and not in others?  There will always be a mystery surrounding the answer, because we are not capable of fully understanding the mind of God, but we have a partial explanation.  Job found it when he exclaimed at the end of his sufferings, “Yea, though He slay me, still will I trust!”  This  insight breaks down into four principles.  They only represent a part of the deeper lessons found by Elisabeth Elliot and my friend Paul, but perhaps they will partially sum up some of the things they shared.

James tell us, “My brethren, count it all joy when you fall into various trials, knowing that the the testing of your faith produces patience.” (James 1:2-3)  God is about helping us conform to the image of His Son. (Rom. 8:29)  Christ endured suffering such as none of us will ever know, as did almost all of the apostles and many of the disciples.  All through the ages there have been those who have died for the sake of Christ, or believers who have suffered painful diseases, or loss of children, or extreme poverty, or spent lives serving God without ever seeing any fruit for their labors.  Yet, almost universally we hear from those of deep faith that their sufferings, rather than turning them away from God, only deepened their trust in His love.  Suffering seems to be a necessary component of the way our Father molds and shapes us into the image of His Son.  It may be that we can never understand Christ at all unless we also understand some of the suffering He had to experience for our sake.  It is hard for us emotionally and maybe even physically, yet it is a gift to us spiritually.

Emotions and unhappy situations are temporary; salvation is forever.  Faith is about being grateful for gifts already received, and acceptance of whatever comes from His hand, in trust of His character.  Grief goes through stages, and one of the last stages is acceptance.  That is how it needs to be with us in our trials.  We must willingly accept, in faith, the circumstances that God allows in our lives because we trust in His character, and know that ultimately we will be rewarded for our faith. (Hebrews 11:39-40)

For this reason I also suffer these things; nevertheless I am not ashamed, for I know whom I have believed and am persuaded that He is able to keep that which I have committed to Him until that day. (II Timothy 1:12)