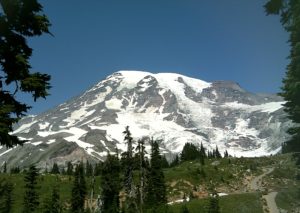 Another holiday season has come and gone.  The Christmas-to-NewYear week escaped me; I blinked and it was over.  As I was resting from the season, I realized I had not finished my posts on the Names of God in Isaiah 9:6.

I struggled with continuing to post the rest of the Names because Christmas is over.  However, I had a thought; Christmas, too often, becomes just a day on the calendar to celebrate.  The Spirit of Christmas should be kept all year.  Christ came as a baby in a manger, but He also grew, ministered to this dark world for thirty-three years, died, and rose again.  He fulfilled every prophecy ever spoken concerning Him and is the essence of every Name given Him in Scripture.

For a child will be born to us, a son will be given to us;
And the government will rest on His shoulders;
And His name will be called Wonderful Counselor,
Mighty God, Eternal Father, Prince of Peace.
~ Isaiah 9:6 (NASB)

I wrote about the Wonderful Counselor a bit ago, so let’s look at His magnificent Name, Mighty God.

Mighty God or God-the-Mighty-One is His Name.  Throughout Scripture and in ancient Hebrew thought, much meaning rests in a name.  A name does not only serve to identify or distinguish a person, but it expresses the very nature of the one on which the name is bestowed.

Christ Jesus is Mighty God; He is not a hero or some illusive great ruler.  He reigns in heaven and is Lord over all creation.   He is fully God and fully man ~ distinguished from the Father, begotten of the Father (unique and one of a kind) and worthy of our worship.  Jesus Christ is the Messiah, “Mighty God” or “el gibbor.”  He alone is the True, Living God.

Jesus, in His first advent, came in meekness, but in His second advent will return in glory and majesty, as Mighty God, the divine Warrior who conquers every foe who dares to come against us for His Name’s sake.

Scripture mentions Mighty God and Almighty God, however, no distinction can be made.  Both titles are used for Jesus and Yahweh.  In Revelation 1:8 Jesus tells the Revelator that He is the Almighty.

Scripture again affirms the two natures of Christ; He is to come and was from the beginning.  The Hebrew prophet uses the exact phrase when referring to Yahweh: He declares in Isaiah 10:21 A remnant will return, the remnant of Jacob, to the mighty God. (NASB)  Isaiah is making clear the absolute deity of Jesus; the One born for our salvation would be mighty with the very might of God.  He is mighty to save and strong to deliver a world full of His broken, sinful, loved creation.  Remember to lift your eyes and watch for His return.

Titus also declares Him to be mightyLooking for the blessed hope and the appearing of the glory of our great God and Savior, Christ Jesus”. (Titus 2:13 NASB)  He is mighty and full of glory.  He came from God as John in his Gospel confirms; He came from God and was God. (John 1:1)  John tells us again in the tenth chapter and Paul affirms in his letter to the Philippians, that Jesus did not consider it robbery to make the claim that He is equal with God the Father. (John 10:30, Philippians 2:6)

Though Mighty God clearly applies to God, the Israelites weren’t expecting God to be born and live among them; they could not grasp the incarnation.  Israel was looking for an immediate antidote to their physical and political malady.  It would be centuries before the time was right for the Messiah to come, but He did come and He will reign for eternity.

John’s Gospel is an amazing book.  He reveals to us the prophecies in the Old Covenant fulfilled in the New Covenant.  It is in the pages of his gospel that we read the fulfillment of Isaiah’s prophecy.  The babe who was born in a meek and humble manger bore the qualities foretold concerning His coming; He would not be merely human, but the incarnation of the living God.

The Word became flesh and made his dwelling among us. We have seen his glory, the glory of the one and only Son, who came from the Father, full of grace and truth.
(John 1:14)

Luke’s Gospel also avows that Jesus is God; the angel Gabriel directly alludes to this famous prophecy when he visits Mary:

He will be great and will be called the Son of the Most High.  The Lord God will give him the throne of his father David, and he will reign over Jacob’s descendants forever; his kingdom will never end. (Luke 1:32–3)

Revisiting the writings of Moses we see that He refers to God as mighty and a Great God. (Deuteronomy 10:17)  Nehemiah declares that God is the Great, mighty, and terrible God. (Nehemiah 9:32)  The weeping prophet refers to Him as the Great, the Mighty God. (Jeremiah 32:19)

“Mighty God is the name of this child. The child in the manger is none other than God himself.  Nothing greater could be said: God became a child.  He lies in the manger, poor like us, wretched and helpless like us, a human of flesh and blood like us, our brother.  And yet He is God, yet He is strength.  Where is the divinity, where is the strength of this child?  In the divine love, in which he became just like us.  His poverty in the manger is his strength.  In the strength of love he overcomes the chasm between God and humanity.” (Bonhoeffer, The Mystery of Holy Night)

← Into All the World ~ With Jesus
He Giveth More Grace →