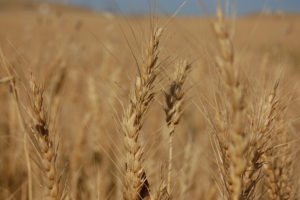 Jesus answered and said to them, “This is the work of God, that you believe in Him whom He sent.”

Therefore they said to Him, “What sign will You perform then, that we may see it and believe You?  What work will You do?  Our fathers ate the manna in the desert; as it is written, ‘He gave them bread from heaven to eat.’”

Then they said to Him, “Lord, give us this bread always.”

And Jesus said to them, “I am the bread of life. He who comes to Me shall never hunger, and he who believes in Me shall never thirst.  But I said to you that you have seen Me and yet do not believe.  All that the Father gives Me will come to Me, and the one who comes to Me I will by no means cast out.  For I have come down from heaven, not to do My own will, but the will of Him who sent Me.  This is the will of the Father who sent Me, that of all He has given Me I should lose nothing, but should raise it up at the last day.  And this is the will of Him who sent Me, that everyone who sees the Son and believes in Him may have everlasting life; and I will raise him up at the last day.”

The Jews then complained about Him, because He said, “I am the bread which came down from heaven.”  And they said, “Is not this Jesus, the son of Joseph, whose father and mother we know? How is it then that He says, ‘I have come down from heaven’?”

Jesus therefore answered and said to them, “Do not murmur among yourselves.  No one can come to Me unless the Father who sent Me draws him; and I will raise him up at the last day.  It is written in the prophets, ‘And they shall all be taught by God.’  Therefore everyone who has heard and learned from the Father comes to Me.  Not that anyone has seen the Father, except He who is from God; He has seen the Father.  Most assuredly, I say to you, he who believes in Me has everlasting life.   I am the bread of life.  Your fathers ate the manna in the wilderness, and are dead.  This is the bread which comes down from heaven, that one may eat of it and not die.  I am the living bread which came down from heaven.  If anyone eats of this bread, he will live forever; and the bread that I shall give is My flesh, which I shall give for the life of the world.”

The Jews therefore quarreled among themselves, saying, “How can this Man give us His flesh to eat?”

Then Jesus said to them, “Most assuredly, I say to you, unless you eat the flesh of the Son of Man and drink His blood, you have no life in you.  Whoever eats My flesh and drinks My blood has eternal life, and I will raise him up at the last day.  For My flesh is food indeed, and My blood is drink indeed.  He who eats My flesh and drinks My blood abides in Me, and I in him.  As the living Father sent Me, and I live because of the Father, so he who feeds on Me will live because of Me.  This is the bread which came down from heaven ~ not as your fathers ate the manna, and are dead.  He who eats this bread will live forever.”

These things He said in the synagogue as He taught in Capernaum.

← Psalms To See Me Through: Psalm 22 ~ A Cry Of Anguish
Don’t Be Afraid of Taking It Slow →