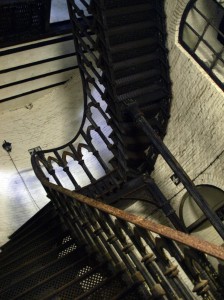 Over the past several years of writing for CWO I have hoped to share my own spiritual journey with others and encourage us all as we went along together. This time I feel compelled to say some hard things that may upset some of you, but I believe they need to be said.  (These are just my opinions, and of course you are free to disagree.)

I have seen significant changes in the substance and direction of the Church in the sixty-five years I have been a Christian.  The Church has definitely become more materialistic, more secular.  There has been a proliferation of distorted teaching, but because of the way people have been trained always to be Politically Correct, no one wants to address this openly for fear of being seen as “judgmental”.  However, it is the job of the Church to teach the Gospel with integrity, and we are failing.

I come from the old school, where the goals of Christian faith involved learning obedience to God and the Word, humility, and a rejection of the values of the world.  I take these things very seriously.  Perhaps that is why I feel almost completely disconnected from what I see happening in the Church today.  Some changes, like making the Word more accessible or providing many opportunities for short term missions, have been helpful.  Others, like glossing over the subject of sin, the obsession with numbers alone as a valid indicator of a church’s spiritual wellness, the substitution of feel~good entertainment for individual heart~centered worship, or bargaining with God for health or wealth: not so much.

While there are many wonderful ministries where the Word is taught faithfully, I would also venture to say that never before in history have there been so many interpretations of the Gospel, and so many of them unsound.  We seem prepared to accept many of these because we may unconsciously have absorbed the lie taught in the world that truth is relative.  However, Christ said, “I am the way, the truth and the life and no man comes to the Father but by me.” (John 14:6).  In the past, these pockets of unorthodoxy were often limited locally.  Now, however, with instant world-wide communication, all kinds of ideas are being spread everywhere at lightning speed.  Some of us have become intellectually lazy and refuse to think for ourselves.  It is easier just to believe that if we see it on TV or read it in a book, it must be true.  Not necessarily so.  Since logic and discernment are no longer taught either by the schools or the Church, and since few use their Bibles as a spiritual instruction book anymore (or even read them), there are bound to be a lot of casualties.

It is scary to consider the eternal ramifications of this.  How many of us believing ourselves to be safe are going to be surprised to find that the Lord does not acknowledge us, even though we may have called ourselves “Christian”?  Anyone who believes they are saved on any other basis than by Christ alone, through faith alone, by grace alone, is in trouble… and just saying the right words is not enough; there must be a change of heart and direction.  I am deeply concerned for those who are being led down alien paths; praying they may find their way to the simplicity and grace of Christ.

Even believers sometimes get the message confused.  A valid and effective faith isn’t about which Biblical translation you use, whether or not you homeschool, vote Republican, how many musicians you have in your praise band, or even how many good works you do in His Name.  It isn’t about seeing our neighbors only as targets for evangelizing, rather than as people to value for their own sake.  It isn’t about cocooning our children so carefully that they have little chance of learning how to live effectively as salt and light in a secular world.  It is about recognizing our status (without Christ) as hopeless sinners before a holy God, feeling genuine sorrow and asking forgiveness.  It is about being prepared to reject the values of the world while continuing to live in it as unpretentious and transparent witnesses to Christ.  It is about seeking after God and understanding faith as an active relationship with Him, not a creed.  It is about being willing to take up your cross, and following wherever He may lead ~ learning to die to self and becoming transformed into His image.

In spite of huge, full churches, I am not sure how many understand or believe this… but it is the fundamental core of everything I know about what it is to be a Christian.  It isn’t even about being preoccupied with MY blessings, or about resting comfortably in what being a Christian does for ME.  That is a selfish and narcissistic kind of faith.  We need to go deeper.  Being a Christian doesn’t stop with being saved.  That is only the first step in the Christian walk.  We are meant to mature.  Maturity means mirroring the Love of God and serving others.  It means learning to be submissive to the will of God and learning trust and obedience.  It is about laying down the burden of thinking it all depends on me and becoming an open channel through which God may work.  It means living lives so full of grace that others will see Christ in us and be drawn to Him.

I have become embarrassed and ashamed of public displays by “Christians” whose behavior is the exact antithesis of everything that Christ represents. If the world hates us, it may not be because of our faith but because we are simply offensive in our self-righteousness.

Recently I saw a rude, abrasive woman on TV who boasted of being a born again Christian, and then got involved not only in a verbal assault, but a physical scuffle with another woman.  I was so ashamed for her that she claimed faith, yet behaved so unworthily.  Political figures claim Christianity and then attack their opponents with ugly mockery and caustic pronouncements in their ego-driven obsession to be in the spotlight.  Do these people really understand how Jesus approached and dealt with people?  Do they really believe that being mean-spirited and spiteful toward others reflects His character? They bring dishonor and ridicule to the name of Christ.

When I look for Christian music I often find Christian performers (and performer is exactly the right term) simulating spiritual rapture as their voices tremble and they weep crocodile tears for the cameras.  I know that technique.  It is specifically designed to elicit emotional response from the audience.  It has become the “style” of certain elements in the Christian music business (again, the right word), and it is unfortunately successful.  It is a far cry from simple, heart-felt, straightforward praise and worship of God through music.  It is conscious, deliberate play-acting ~ and two of the unstated major goals are money and fame.  The success of this kind of thing suggests to me a rather naïve audience, so determined to like anything “Christian” that they leave their objectivity at the door.  To desire to make big money or become famous is not necessarily wrong in itself (although certainly pride-based) ~ but to commercialize and present anything false about your faith in order to achieve it ~ it leaves a bad taste in my mouth.  It smacks of money-changers in the temple.

In today’s evangelicalism, sometimes you can’t tell the difference between the Church and the world.  Church administrations utilize secular business models in order to “stimulate growth and maximize profit”.  We market the Church, and major ministries become huge corporations ~ all in the name of Christ, of course.  Are we making the work of our God more significant than the God of our work?

I find my mind going back to the Church as it was when I first became a believer.  In my opinion, the Church seemed much closer to God before we invited the world to come in and turned Christianity into a political entity and lucrative industry.  How far we have fallen from the kind of faith that produced  Godly women of yesterday like Amy Carmichael, Elisabeth Elliot, and others whose lives demonstrated, “Yea, though He slay me, still I will trust in Him.” We seem instead to have been drawn into the world’s cult of the self.  I am dismayed, and it might be tempting just to look the other way or opt out.  Instead, today I am taking this chance to beg us all to take a prayerful, objective look at our testimonies.

3 comments for “Why I Prefer Being Old-Fashioned”