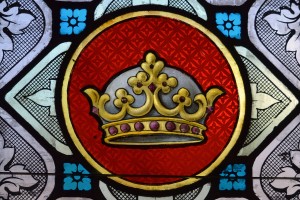 (Editor’s note: this article was posted previously, but it was lost in the damage done to the site in the recent hack.  We are re-posting this article for the sake of continuity of the series it leads. Thank you.)

Confession: when I was a teenager, I had a poster of Prince William hanging on the inside of my closet door.  Sometimes I would imagine how great it would be if we met, randomly (sort of like the whole scenario in that Julia Stiles movie, The Prince and Me), and he fell soooo in love with me that there was no choice except marriage and a life in England.  In a castle. With me as, you know, the future queen of England.  It could happen, right?

You can probably guess that I was a big fan of the fairy tale movies (Beauty and the Beast is still my favorite!) and that I was slightly envious of Anne Hathaway’s character in The Princess Diaries (come on, people ~ did you see the size of that new wardrobe?  And the castle?).

There’s just something a girl has to like about being swept into a prince’s arms (lucky Cinderella!) to live happily ever after.  In a castle. (Is it so wrong to want to live in a castle? Okay. Fine. I won’t mention it again. But you know I’ll be thinking it.)

Okay. Back to the point.  I’ve told you guys that we are passionately pursued and wonderfully cherished by our God.  I’ve told you that He wants for us to spend time with Him, to talk to Him about our lives.  He loves you ~ and He wants you to love Him.  For your love for Him to grow, you need to get to know Him better.  So that’s what I want to spend the next few days doing… telling you about this King (of the entire universe!) who loves you.

Yes, that’s right.  A King.  He is the King of all Kings, the Lord of all Lords.  And He loves us.  You.  Me.  Those fairy-tales were nice stories, girls, but those princes and the royalty of this world have nothing on our God.

If you’ve paid any attention in history class, then you know that the men on this planet do not handle that whole power thing well at all.  Ever heard the phrase ‘absolute power corrupts absolutely’?  It seems to be a good description of what happens to these guys… the kings of history made war, killed off wives so that they could have new wives, starved their people, slaughtered their people… and the politicians of today aren’t really any better.  It seems that the people in charge often use their power for their own selfish gains.

Yet the King who loves you is nothing like that.  We’re going to talk about what He is: Holy, Compassionate, Forgiving, True, Capable, All-Powerful, Dependable, Generous, All-Knowing… and more.

Let’s start with a few thoughts on His King-ness….

Jeremiah, a prophet to ancient Jerusalem, says “No one is like you, O Lord; you are great, and your name is mighty in power.  Who should not revere you, O King of the nations?  This is your due.  Among all the wise men of the nations, and in all their kingdoms, there is no one like you…  The Lord is the true God, he is the living God, and an everlasting King…  He has made the earth by his power, he has established the world by his wisdom, and has stretched out the heavens by his understanding…” (Jeremiah 10: 6&7, 10&12).  Isaiah (66:1) says: “Thus says the Lord, the heaven is my throne, and the earth is my footstool…” Yes  ~ our King is grand!

And then, sometime between AD 64 to AD 96 (in other words, loooooots of years later), John (follower/disciple/beloved friend of Jesus), wrote this: “And, behold, a throne was set in heaven, and one sat on the throne. And he that was sitting there had the appearance of a jasper and a sardine stone: and there was a rainbow round about the throne, in sight like unto an emerald.” (Revelation 4:2&3)

Wow. Wow.  This blows my mind.  This exalted King… this King of glory who is surrounded by angels and is the very definition of majesty… it is this King who knows our names and invites us, every moment of every day, to be in His presence!

Truly, we are beloved by a God like no other!

2 comments for “King of All Kings”