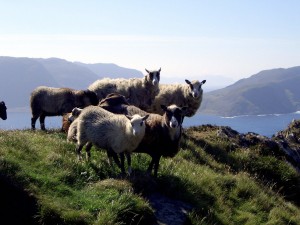 I know a man who works just outside the center of Philadelphia.  He was telling us about the many homeless and other derelict people who inhabit the streets near where he works.  He is often pan-handled as he makes his way to his office, and he finds he is often in a small moral dilemma.

He is a compassionate man, and tries to help where he can; arranging meals for those whom he sees as genuinely in need, or even giving a couple of dollars occasionally.  While many are homeless through no fault of their own ~ just experiencing terrible circumstances which have closed in on them ~ many are in trouble because they live lives driven by addiction to alcohol or drugs and who will do or say almost anything to support their habits.  There are shelters near by, but he understands their reluctance to go there; the places are filled with many who really need psychiatric help and are erratic and sometimes even dangerous. While in seminary one of my sons worked part time in one of these shelters, and it was his observation that about one third are there because of financial disasters or other catastrophic events in their lives; about a third are substance abusers; and about a third are those who should be institutionalized because of psychiatric problems, but who have been released or never hospitalized because the system has failed them. There are a few who are deliberate criminals and who mingle among these poor souls and take advantage; con men and drifters and worse, who choose to prey on the weakest and most vulnerable among us.  The problem is how to distinguish between all these stories and help effectively.

My acquaintance wants to help, and yet he finds himself instinctively pulling away from many of these people.  Often they are lice infested, and are filthy and smell bad.  They are often half drunk or high and not completely rational.  They are often devious and he sometimes wonders if this particular person is one of those who is a paranoid schizophrenic and a potential walking time bomb.  He feels repulsed and just a little afraid of some of them.  The thought occurred to him that perhaps, in one sense, this situation was analogous to how the uncorrupted and sinless Lord might have felt as He walked among us.  We are all sinners ~ degraded by our sin, filthy and untrustworthy in contrast to the purity of His character.  He walked totally upright and always obedient to His Father and we in contrast are filled with rebelliousness and a desire for autonomy.  We are often driven by our own desires which may or may not be within the framework of “pleasing to God”.  He might well have felt uncomfortable and wanting to pull away from us.

The amazing reality is that He didn’t withdraw and keep Himself apart from us; instead He walked and talked among us, and ate and drank with us ~ taking us as we are, and being a nurturing, comforting Presence among us.  He took on Himself the form of a servant ~ healing and forgiving, seeking to elevate, not drag down.

His was the face of genuine love.

If I am going to be His faithful servant, I am forced to see that somehow I need to see others through Christ’s eyes.  There is no room for being judgmental, or trying to force others to live up to my ideals.  I find it an incongruity that believers, who of all people should understand that we are ALL sinners saved by grace alone, are still shocked when the unsaved behave unrighteously and are unrepentant.  We try to impose Godly behaviors on those who don’t yet even understand that they need to be changed.  Somehow my heart must recognize our common humanity, and be prepared to minister and witness in love to others who might not understand my perspective.

One of the hardest things for me to remember is that even those who oppose Christianity or those living openly unrepentant lives are still part of the human family, and entitled to respect as human beings because they are made in the image of God.  I may disagree with them in every particular, but I still need to see them as needing God’s grace.  I don’t have the right to dismiss them outright; God may want me to plant a seed, or further their understanding or be some other small cog in their journey.  How can I speak to others about a loving God if my behavior toward them is full of hate and ugliness?  I cannot determine how God may use me; I need to be faithful to the character of Christ and reflect God’s love, even to those who are seeking my destruction.  I am called to love my enemies; bless them that curse me; pray for those who are opposed to everything I believe.  If I am struck on one cheek, I am to offer the other.  That is what Christ taught.  I must follow Him in being faithful to my role as a servant of God, even in the face of scorn and rejection.

Christ was called the Good Shepherd for good reason.

I have been re-reading the book A Shepherd Looks at Psalm 23 by Phillip Keller.  It reminds me that if we are like sheep, as we are told we are, it means we are pretty helpless.  Sheep are rather stupid animals, and a good shepherd must attentively and faithfully care for their every need.  They have a strong herd instinct, and follow each other blindly, even into dangerous situations.  They may insist on drinking polluted, filthy water even though the shepherd has provided fresh, clear water.  They are restless and some may be aggressive and take advantage of smaller, younger animals in a desire to be first in the “pecking order”.  They are so timid that they panic in the face of the smallest danger.  It is obvious that left to themselves they will rush headlong into destruction.  They need their shepherd.  His very presence can reassure them, and he is the one who finds good forage, who makes sure there is fresh water, protection from predators, safe, shady pastures where they may rest.  It is he who goes out to search for a single sheep who may be “cast”; that is, fallen over and unable to regain equilibrium.  A sheep who has been cast may die within minutes and the good shepherd must keep constant count of his flock to make sure none has gone astray or may be in danger. He doesn’t rest until he knows his flock is safe and healthy and in optimum circumstances for growth and well being.

This translates to us in many ways.  If we are to follow Him, then we are called to learn how to reflect Christ most faithfully and effectively.  No matter what the circumstances; no matter what the character of the people who surround us, we need to be as wise as serpents and harmless as doves.  Self-righteousness doesn’t help.  Our “testimony” is more than just a re-telling of how we came to know the Lord; it is in becoming truly like Him; by demonstrating by our lives that we are driven by compassion and a servant’s heart.  It is in doing those little kindnesses that come in our way; it is by being forgiving and not always demanding our rights in the face of confrontation.  It is by recognizing the need of every human being to know the love of God.  It is in being willing to take the lesser place; being patient and kind and forgiving even in the face of aggression.  (Although we need to recognize that we, also, are beloved creatures of God, and should not keep ourselves in a place of danger if we are being abused.)

This is not easy stuff.  It requires constant refreshment from the strength and wisdom of Christ, and relying on the Holy Spirit to keep our hearts always directed toward holiness and compassion.  It can’t be done in our own strength; it means trusting our Good Shepherd to provide our every need and to guide us to the paths of righteousness so that we, in turn, may be “good shepherds” to those around us.

I may never be asked to minster to the homeless, as my friend has been, but I am called on to minister to those in my own world, whatever that may be, and to reflect the character of the Good Shepherd Who was prepared to give even His life for the helpless, restless, rebellious sheep.  I need to look to the heart of others, not just their outward appearance or behavior.  That is what God does for us; I need to see others through His eyes and find the humanness, the commonality in all of us, and act accordingly… in love.

← Consuming Fire
Jesus is My Legacy →