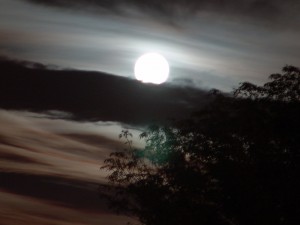 The night is closing in; it is dusk in the garden where Jesus and His disciples are resting. The embers of the fire are popping as the fire beckons with its warmth. Jesus is sitting up against a tree with a knowing smile on his face and love in His eyes. He has been waiting for Nicodemus to come.

Jesus knew he was coming and is happy to see him; lovingly accepting all that come to him. He stands to greet Nicodemus with open arms.  Jesus is waiting for all of us to come to the garden to inquire of him.

Jesus leads Nicodemus away from the other to talk alone; it is just the two of them.  Jesus has Nicodemus’ full attention. Through the lump in his throat, he utters, “Rabbi, we know that You have come from God as a teacher; for no one can do these signs that You do unless God is with him.”  Signs are great; the miracles Jesus performs are awesome; the Lord used them to display how He loved and cared for them; He wants to meet every need.  He performed signs because He was after their hearts. Jesus had compassion for the hurting, and this compassion moved him to heal.

Seeing the people, He felt compassion for them, because they were distressed and dispirited like sheep without a shepherd. Matthew 9:36 NASB

Jesus instilled in His disciples why He came:

He said to them, “Let us go somewhere else to the towns nearby, so that I may preach there also; for that is what I came for.” And He went into their synagogues throughout all Galilee, preaching and casting out the demons. And a leper came to Jesus, beseeching Him and falling on his knees before Him, and saying, “If You are willing, You can make me clean.” Moved with compassion, Jesus stretched out His hand and touched him, and said to him, “I am willing; be cleansed.” Mark 1: 38-41 NASB (emphasis mine)

The Lord came for that reason; He was moved by compassion for the people. However, he wants people to look beyond the miracles and not see Him as a traveling road show.  He wants to initiate a relationship to know him personally. The signs were to reveal to them who God is and to remind them He is still Jehovah Jireh their provider; He is all they need, He is the answer.  He loves His people despite their hard hearts:

Jerusalem, Jerusalem, who kills the prophets and stones those who are sent to her! How often I wanted to gather your children together, the way a hen gathers her chicks under her wings, and you were unwilling. Matthew 23:37 NASB

The Lord longed to gather them because He loved them and yearned to bring them to Himself.  He came to seek and save the lost; Israel had lost their way and He came to show them the way back. This is the reason behind His reply to Nicodemus.

Jesus answered and said to him, “Truly, truly, I say to you, unless one is born again he cannot see the kingdom of God.” John 3:3

And He was teaching in one of the synagogues on the Sabbath. And there was a woman who for eighteen years had had a sickness caused by a spirit; and she was bent double, and could not straighten up at all. When Jesus saw her, He called her over and said to her, “Woman, you are freed from your sickness.” And He laid His hands on her; and immediately she was made erect again and began glorifying God. But the synagogue official, indignant because Jesus had healed on the Sabbath, began saying to the crowd in response, “There are six days in which work should be done; so come during them and get healed, and not on the Sabbath day.” But the Lord answered him and said, “You hypocrites, does not each of you on the Sabbath untie his ox or his donkey from the stall and lead him away to water him? And this woman, a daughter of Abraham as she is, whom Satan has bound for eighteen long years, should she not have been released from this bond on the Sabbath day?” As He said this, all His opponents were being humiliated; and the entire crowd was rejoicing over all the glorious things being done by Him. Luke 13: 10-17 NASB

This is religion; this leader in the synagogue could not even show compassion for her.  He was all about his position and his religion. You can see that by the fact that the official did not address Jesus, he began instructing the crowd. When you have religion, you cannot see the Kingdom at work.

Jesus accuses him of caring more about his donkey than a daughter of Abraham. Satan has bound her and I don’t care what day it is, I have come to set the captives free!  As he rebuked the official, he was humiliated, and the people around who witnessed this began to rejoice. Why? To celebrate God’s compassion for this woman who has been set free. The veil was being lifted from their eyes and they were moving from religion to relationship. They did not see the synagogue leaders as the authority anymore. They are casting their eyes on Jesus now.  No wonder the temple leaders wanted to kill Him.

Christ came to give life! He is moved with compassion for the hurting and we should be as well.  Jesus desired Nicodemus to see the Kingdom of God…but he must be born again in order to see the Kingdom operating in the earth, before his eyes… to move from religion to relationship.

← Findings… by Rhea: The Addictive Word
Grace Enough for our Worst Mistakes: Introduction →

2 comments for “Nicodemus Part 2: The Meeting”