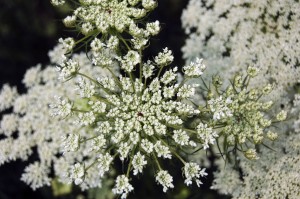 I suppose most people remember where they were when they first heard the news of the destruction of the World Trade Center, the attack on the Pentagon, and the air crash in the field in Pennsylvania.  I was at work, and someone came into the office and said they had heard that an airplane had hit one of the buildings of the Twin Towers, and that it was being broadcast on television.  We had a small set in the office, and we huddled around it, unable at first to take in what we were seeing.  As the sense of what was happening registered we were hypnotized.  We saw the smoke and fire and then the pictures of the first responders fighting to get into the building while those who were able to escape were getting out as quickly as possible.

Later we gasped in disbelief as we saw others, in the fire and unable to escape, threw themselves out of the windows.  We could scarcely believe our eyes as we saw the second plane crash into the second building.  All these images were indelibly etched on our minds and hearts.  Eventually we had to get back to work, but we had seen the towers coming down, and sat with tears running down our faces.  Not much work was completed that day – no one spoke and no one could erase the horror of what we had seen from inside our heads.  It was somehow made worse by the fact that the day was so ordinary.  Here on the east coast it was a perfect day; warm and with a cloudless deep blue sky.  How could such an unspeakable thing happen on such an ordinary, even beautiful day?

I think we were all recognizing the truth that life is completely unpredictable. We were all suddenly aware of our own mortality.  In the next hours telephone communication was overloaded.  We wanted to reach out to our loved ones, especially the ones we don’t see regularly – just to reassure them that we loved them and to hear their reassurances that our love was returned.  All of a sudden we appreciated what we have; the warmth of family, the security of relationships as opposed to the fragility of the world around us.  Churches were suddenly open for prayer, and filled with people looking for solace, and needing to pray for the families of those who had been lost and thank God for the survivors.  We huddled together looking for comfort, trying to encourage each other that there was still some order and meaning in our world and for many weeks churches were filled, as people continued to try to re-connect with God in their need for reassurance.  For all too brief a time, we recognized the existence of God in our materialistic and world-weary lives.  Then gradually, we picked up the pieces and went back to our old patterns.  We forgot about God until the next disaster came along and we lifted our eyes to heaven and gracelessly asked God to make it all right again.

A kind of innocence was lost that day.  Not for a very long time had enemies breached our borders, and we had come to believe we were untouchable.  We were suddenly aware that we cannot make assumptions about the future or postpone things we should resolve because we think we have unlimited time. Instead, we should be living each day as if it were our last.  We should make sure to kiss our children and our spouse goodbye as they go out the door to school or work, because we can never be sure when or if we will see them later.  We should make our time with each other as pleasant and as kind as possible, because who knows if there will be time to make up a quarrel tomorrow.  We should take every opportunity to share our faith with others because who knows if they will have the opportunity to think about these things again.  I don’t mean that we should live our lives in fear, but to be aware that time and life are fleeting, and give the best we can to those with whom we live and work because this is our legacy for eternity.

If we wanted to use the terrible events of that day as a foundation on which to build moralizing sermons, we would have a lot of material.  We could talk about why God allowed it to happen, or maybe decide we don’t need to look to God and ask why because we already know why – because the heart of man is desperately wicked, and because God sometimes allows unspeakable things to happen just so we can see with our own eyes that this is so.  We could get involved in a discussion of the way He may be shaping up events which will bring us closer to His ultimate plans for this world.  We could talk about good versus evil, or focus on the good things that came out of these events, including a more unified national awareness of the depths of blind hatred in the hearts of those who oppose this nation.

We could remember the response of our citizens, who stood alongside and gave as they were able.  My Navy daughter was stationed in Florida at that time, and told about the long lines of citizens waiting for hours in sweltering heat to give blood, and of the kind neighbors who brought drinks of cold water and snacks for those waiting.  She saw them bringing chairs and umbrellas to those too frail to stand so long in the heat.  People wanted to help and scenes like this were repeated all over the country as people responded.  There were many beautiful stories of the way people came together in their compassion and righteous anger.  Americans are amazing in the way they respond with open hearts and willing hands to their neighbors in times of trouble – and on that day, we were all neighbors.

Yet, on a human level the deepest story will always be the waste of thousands of precious lives.  This haunts us even today.  In writing this, I just want to remember them.  I want to be acutely aware of each individual: each a husband or wife, son or daughter, father or mother, sister or brother.  Each was a member of a human family who loved them, and who still miss them and who struggle with their loss.  I want to lift each name to God, and each family to God in a prayer of commitment and honor and love.  I didn’t know any of these people personally, yet they are also a part of my family – we are all members of the human race, creations of God.  May we never forget the value of those lives which were lost.  May God continue to help those families, and all of us find closure, and may we all again unite in prayer for these families and for us as a nation.