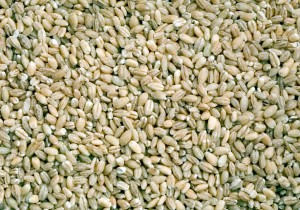 by iampiper
We left Ruth soaking in the favor of Boaz; not only does she find favor with Boaz, she also reaps her reward in seeking refuge in the Lord.  Boaz encouraged her; when you seek refuge under the wings of the Lord, you find safety and rest; you will mount with wings as eagles.

At mealtime, Boaz said to her, “Come here, that you may eat of the bread and dip your piece of bread in the vinegar.” So she sat beside the reapers; and he served her roasted grain, and she ate and was satisfied and had some left.  Ruth 2: 14 NASB

Boaz invites her to eat from his table; he did not offer this to his servants, only the reapers.   He wishes to fellowship with her; a picture of our relationship with Christ, salvation is just the beginning, He beckons us to fellowship and eat from His table.  He is revealing Himself as provider and Father. He will not leave us lacking; He provides grain-Jesus the Bread of Life.

The account of Ruth is a picture of God’s grace toward the gentiles, the shadow of our walk with God and tasting His salvation.  We should be growing in God; established not just as servants, but friends.

You are My friends if you do what I command you.  No longer do I call you slaves, for the slave does not know what his master is doing; but I have called you friends, for all things that I have heard from My Father I have made known to you.  John 15:14–15 NASB

I love that Ruth, though hungry, does not take advantage of Boaz; she eats only until she is satisfied, appreciative of his kindness.  In this instance, she displays her restraint and self-control; the fruit of the Spirit becoming evident in her life.  I believe he is taking notice of her kindness and integrity; his adoration toward Ruth, and his affection continue to grow.

When she rose to glean, Boaz commanded his servants, saying, “Let her glean even among the sheaves, and do not insult her.  Also you shall purposely pull out for her some grain from the bundles and leave it that she may glean, and do not rebuke her.”  So she gleaned in the field until evening. Then she beat out what she had gleaned, and it was about an ephah of barley.  Ruth 2: 15-17 NASB

Due to her faithfulness and diligent industry, Boaz rewards her.  He is making sure she has more than enough, not only for herself but also for her mother-in-law.

She took it up and went into the city, and her mother-in-law saw what she had gleaned.  She also took it out and gave Naomi what she had left after she was satisfied. Ruth 2: 18 NASB

God is our provider and He desires to move us from just enough to more than enough.  When we show ourselves faithful and diligent He will take care of us and fill us to overflowing.

Her mother-in-law then said to her, “Where did you glean today and where did you work?  May he who took notice of you be blessed.”  So she told her mother-in-law with whom she had worked and said, “The name of the man with whom I worked today is Boaz.” Naomi said to her daughter-in-law, “May he be blessed of the Lord who has not withdrawn his kindness to the living and to the dead.”  Again Naomi said to her, “The man is our relative, he is one of our closest relatives.”  Then Ruth the Moabitess said, “Furthermore, he said to me, ‘You should stay close to my servants until they have finished all my harvest.'”  Naomi said to Ruth her daughter-in-law,  “It is good, my daughter, that you go out with his maids, so that others do not fall upon you in another field.” Ruth 2: 19-22 NASB

Naomi sees what Ruth has gleaned and begins to ask many questions.  She learns that Boaz is to thank and reminds Ruth Boaz is a relative.  Boaz gives her favor, provision, safety, and fellowship; now Naomi goes to work, realizing that Jehovah (Yehovah in the Hebrew) the Self Existent One, is behind the scene taking care of everything.  Ruth did not realize Boaz is a relative until Naomi tells her.  This is so indicative of our nature; we see the goodness that God bestows on us, His mercy, grace, provision, and daily bread.  We tend to forget one thing; we are family.  We don’t just have the privilege of fellowship, but sonship.  We are sons and daughters, joint heirs with Christ.  Everything that belongs to Christ belongs to us.

The Spirit Himself testifies with our spirit that we are children of God, and if children, heirs also, heirs of God and fellow heirs with Christ, if indeed we suffer with Him so that we may also be glorified with Him.  For I consider that the sufferings of this present time are not worthy to be compared with the glory that is to be revealed to us.  Romans 8:16-18 NASB

We have struggles in this life, and all the while through, Christ is peeling back the layers to reveal our position.  It is is hard enough sometimes accepting we are children, let alone joint heirs with Christ.  We have a hard time wrapping that around our human, finite brains.  If we could receive that in our spirit, we would be a force with which to be reckoned; God could do so much more for us and with us.  We need to have a better sense of who we are. When you realize to whom you belong, nothing can stop you from your destiny and calling.  Gaining an understanding of our position in the Kingdom will enable us to bear much more fruit.

In His Grace,
Piper

You are a jewel in His crown!

Piper is a writer and earned her B.A. in Government from Regent University; she writes passionately on politics and religion.  Piper has two blogs, Piper’s Pen which earned a peer award-The Sunshine Award, where she expounds on Biblical topics and The Christian Observer where she examines the importance of the influence of faith in politics.  Piper is a wife and mother, raising three children in Centennial, CO.