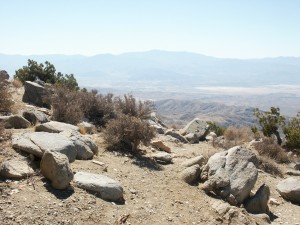 by iampiper
Ruth is my favorite Old Testament book; I am anxious to glimpse at her example of seeking God and following the deep inner calling, the same one that is inside you and me.  I would encourage you to read the Book of Ruth in one sitting if possible.

The Giver of Dreams

The Book of Ruth is the greatest love story; the perfect beggar to princess story.  More importantly, Ruth is a beautiful illustration of Christ’s love for the Church; a deep love offered before the foundation of the earth.  Christ is our Kinsmen-Redeemer and Boaz the shadow of the One to come, the Root that would graft us into the branch.

Ruth, a Gentile, abandoned her gods, her family ~ everything she knew, to travel with her mother-in-Law to the land of the living God.   A foreshadow of the salvation offered to the Gentiles; and they would receive salvation, for all who call upon the name of the Lord shall be saved. (See Acts 2:21)

God’s grace is abundant and further displayed in the genealogy of Boaz.  We saw earlier that Boaz is a picture or a type of Christ.  He redeemed Ruth as her kinsmen-redeemer, as Christ is our Kinsman-Redeemer.  Boaz’s mother is none other than Rahab, the Gentile harlot who protected Joshua and the spies of Israel; she too received salvation.  Amazing how the grace of God turns a life around.

The book of Ruth is a love story between Christ and humanity; He is in love with us and His grace is open to all.  It was His plan from the very beginning to offer salvation to the whole world.

For God so loved the world, that He gave His only begotten Son, that whoever believes in Him shall not perish, but have eternal life. John 3:16 NASB

Eternal life is not heaven; Eternal life begins when you allow the Lord Jesus to live inside of you, when you connect with the Creator of the Universe.  We can have eternal life now on this earth.

Now it came about in the days when the judges governed, that there was a famine in the land.  And a certain man of Bethlehem in Judah went to sojourn in the land of Moab with his wife and his two sons.  The name of the man was Elimelech, and the name of his wife, Naomi; and the names of his two sons were Mahlon and Chilion, Ephrathites of Bethlehem in Judah.  Now they entered the land of Moab and remained there. Ruth 1:1-2 NASB

Well, I could give you a Hebrew lesson on what famine means, but I think you get the idea.  The Bible says there was a famine; everyone in the land was hungry.  In the days of the Judges, the Israelites were under severe oppression by their enemies.  The Lord attempted to get their attention to repent, but the heart is truly wicked.  Elimelech, could have made a decision to seek God and endure with perseverance, instead he just up and left.  So many times when we go through a famine or a drought, things always look better somewhere else; the grass is always greener on the other side. Unfortunately, when we get there, that one particular circumstance may seem brighter for a moment, but the consequences of leaving the shelter of God’s protection are much more severe.

Not only did Elimelech leave God’s protection, he joined with the enemy and then somehow expected God to bless his family.  Moab has been an enemy of Israel since their first mention in Scripture ~ a heathen country that worshipped many gods.

Things did not go well for Naomi and Elimelech once they settled in Moab. Elimelech died and eventually both his sons died.  So often we leave the place of promise because things are not going the way we think they should be.  If where you are is your place of promise, even if you are in a famine, do not leave; seek Him as to why there is a famine.  In 2 Samuel, David suffers a drought for three years, finally seeking God as to why:

Now there was a famine in the days of David for three years, year after year; and David sought the presence of the LORD.  And the LORD said, “It is for Saul and his bloody house, because he put the Gibeonites to death.  2 Samuel 21: 1 NASB

When things are dry, God is drawing you to seek Him; He is trying to tell you something.  The outcome is always to know the Lord deeper and to line up with His Word.  Once David realized the cause of the drought, he fixed the problem – fast.  Don’t leave Him because of famine, seek Him in the famine.

Then Elimelech, Naomi’s husband, died; and she was left with her two sons. They took for themselves Moabite women as wives; the name of the one was Orpah and the name of the other Ruth.  And they lived there about ten years. Then both Mahlon and Chilion also died, and the woman was bereft of her two children and her husband. Ruth 1:3 – 5 NASB

Things did not turn out so well for Elimelech’s family.  Now he has died and his family is in Bethlehem; leaving Naomi without a support system.  Naomi now has lost her husband and her children and all she has left are the two daughters-in-law.  They could not offer any comfort because they did not believe in God.  When situations look bad, do not look for comfort from the enemy.  The enemy should want what you have.  The world should see Jesus in our lives; see the love of God and then the love of God in us should draw the world to Him.  This is what happens with Ruth.

Naomi heads back home [to her place of promise] with her two daughters-in-law, but something stops her mid journey; she begins to second-guess the wisdom in bringing Ruth and Orpah.  She admonishes her two daughters to go back home; certainly they would have a better chance of finding a new husband in Moab.  Naomi has nothing to offer these young women.  She gives quite a discourse on the very fact that going back with her would be a waste of time.

What Naomi does not realize, is that she is attempting to rid herself of the very one, {Ruth} God would use to restore her.  She almost caused Ruth to lose her blessing –  her very redemption.

I believe Naomi was also embarrassed for her daughters-in-law to go back with her.  She was a woman of stature in Bethlehem; she left a rich woman and came back empty.  We must not allow our circumstances to blind us to a way clear.  This is hard; trust me, I am the guiltiest at allowing circumstances to dictate my attitude.  Naomi’s shame almost kept her from the relationship with Ruth, had Ruth not been so headstrong in going with her, she would have succeeded.

Is your attitude toward your circumstances keeping you in a pit?  I pray that you will seek God so that He may reveal to you that it is not always going to be like this. When you have been waiting for a long time for God’s deliverance, it is easy to feel that way. But God…..God has a future and a plan for you:

In His Grace,
Piper
You are jewel in His crown
Zechariah 9:16

Piper is a writer and earned her B.A. in Government from Regent University; she writes passionately on politics and religion. Piper has two blogs, Piper’s Pen which earned a peer award-The Sunshine Award, where she expounds on Biblical topics and The Christian Observer where she examines the importance of the influence of faith in politics. Piper is a wife and mother, raising three children in Centennial, CO.

← Come Just As You Are
Are You Speaking To Me? →

2 comments for “Ruth: From Beggar to Princess Part One”