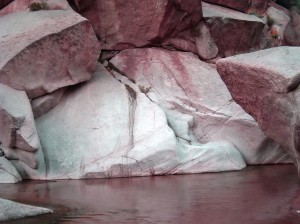 … Then, leaving her water jar, the woman went back to the town and said to the people, “Come, see a man who told me everything I ever did. Could this be the Messiah?” John 4:28-29 NIV

I’ve recently been spending time in the story of Jesus and the Samaritan woman at the well. This passage is filled with lesson after lesson, and each time I read it I find something new. This time when I read the story, however, I didn’t stop at verse 26 when Jesus told her that He was the promised Messiah.  I decided to keep going … wanting to go beyond Jesus’ declaration.  I wanted to study her reaction.

Scripture tells us she left her water jar and returned to the town.  I think this is one of those times where scripture is so understated.  Think of it … she just met a man who crossed a cultural barrier by talking with her and then ~ gasp! ~ asked for a drink of water from her.   He told her that He knew her history as well as her present, yet didn’t judge her.  Instead, He offered her life everlasting and, along with that, peace.  If that wasn’t enough, He then chose to reveal to this broken woman… the first person who ever heard these words from His lips … that He was the promised Messiah.

I was just like that Samaritan woman.  I kept to myself, not giving others the opportunity to know me; afraid of their judgment.  I already knew the condition of my life.  I didn’t want to hear the disgust in their voices, too.   I knew all the terrible decisions I had made; I thought if they knew the state of my life they would recoil from me from revulsion. Furthermore, I judged myself even more harshly than others ever could.  It only made sense to me to hide my sins and not talk about them; just as the Samaritan woman tried to hide from others.

I believe that when Jesus asked her about her life and she answered Him honestly, she gave Him the opportunity He had been waiting for.  She shared a glimpse of her brokenness and He, in turn, offered her salvation and peace.

I believe it’s the same for you and me.

Just as this woman’s life (I believe) was changed forever, so was mine.  I have never tired of sharing what Christ’s love, grace, and mercy has done for this poor Samaritan~like woman.

We can be so broken inside that hiding past failures and pain seems like the only safe option.  But that is farthest from the truth!  Sharing past hurts and sins with Christ, as well as caring and safe people, can be as healing to the spirit as removing a splinter from an infected and festering wound.  It’s risky … and possibly painful… but it pays off in the long run.

Consider sharing some unknown hurts with Christ as well as a safe, respected friend. You may be surprised as to what it brings to you. 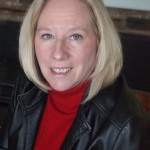 Robin’s life’s experiences and choices left her feeling broken and hopeless, doubting her value; brokenness followed her like a curse. Her wrecked life robbed her of feelings of self-worth and contributed to choices that led to even more brokenness. She shares with audiences how she endured growing up in a violently dysfunctional family, then muddled through failed marriages. She found it almost impossible to imagine how she could get past tragedy to live a “normal” life. Today, she shares how God can bring peace to even the most damaged heart, turning brokenness into a blessing. She counts serving broken-hearted people as one of her greatest privileges.  Robin is the author of From Pain to Peace: The Journey of Forgiveness After Divorce and not-yet-released Brokenness ~ Curse … or Gift?
http://www.renew-ministries.com