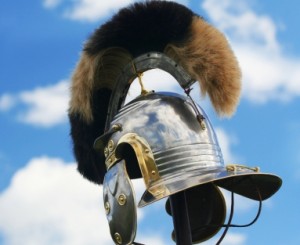 When I was in middle school, I used to ride my pink bicycle up and down the road we lived on. Going one way, up the road, I’d have to ride uphill and I usually hated that part, but coming back down, with the wind whooshing around me, I felt like I was flying. A little scary, but exhilarating. A friend of mine lived off this road, way back in the woods at the end of this long, gravelly, dirt road, and I’d ride my bike to her house and back, too. Man, I thought I was cool whenever I made that trip. I felt so old and responsible and in charge of myself… almost like a teenager. (As a 12 year old, I thought that teenagers were amazingly cool and sophisticated… especially my friend’s older brother, who I’d hope to impress in my painfully bashful, can’t-say-two-words-to-him kind of way.)

My parents insisted that I wear a huge helmet every time I pulled my bike out onto the road. Like I didn’t have enough gear on my head already with the glasses and the braces! It totally took away from my cool factor.

Of course, you know and I know that they were absolutely right. Head injuries are no joke. Your brain controls your entire body, all of the functions that keep it going… it is the data-holder, the memory-keeper. Simply put, if our brain stops working, we die.

Now check out this helmet. Yep. It’s the helmet of a Roman soldier, back in the day of the New Testament era. Now that’s what I call protecting your skull. Those soldiers had to make sure they were covered, from the neck up because this is the time of sword-fighting, and if a blade can get to the back of your neck… yeah, you’re a goner.

I looked up the definition of salvation, just to get a more precise idea of what Paul was trying to say here. This is what Webster says: Preservation or deliverance from danger, evil, or difficulty… deliverance from the power and penalty of sin.

In Luke 9:23, Jesus says, “If any man will come after me, let him deny himself, and take up his cross daily, and follow me.”  Our human nature always fights to put our own will, our own wants, at the top of our priority list.  Taking up our cross daily means that we make the work of God our first priority. We acknowledge that we are saved by His sacrifice on the cross, and we consciously determine to live that day in His service.

So daily, we take up our cross and our knowledge that we are redeemed from sin. And, daily, we put on a helmet of that salvation ~ in doing that, we’re putting on our deliverance from the sin and danger in the world.  We’re putting on a defense against sin and even those snake-like attempts of Satan to get to our emotions so that he can distract us from our purpose.

We know that we’ve already been forgiven from sin and redeemed by Christ, but we also know that we’ll be faced with temptation every day. Since the mind does control our actions, doesn’t it make sense that Satan will try to attack it? If he can get to our minds, he gets to the source of our decisions, our thought processes, our reactions, and actions.

Okay, so honestly? Protecting your mind in the society that we all live in today is hard. I think we’d all agree that if you turn on your television, you’re going to be hit with some image of sex, drugs, alcohol, and people who are supposed to be having the time of their lives by using some combo of those things. The radio can be just as bad. Popular music is full of innuendos of sex (or plain out describes it) and if it isn’t sex in the music, it’s broken-hearted lyrics that are hopeless and whether you like to admit it or not, depressing music affects your attitude. There are certain artists that I like a lot, but every time I listen to their music, I end up obsessing over past hurts and betrayals and before you know it, I’m all teary-eyed and fighting resentment and feeling all depressed. That’s not how I want to feel, but when I let those emotions into my ears and mind it’s just common sense that I’m going to be affected by them. Same thing with crazy rebellious music; it affects your attitude and your perspective. The internet is full of images that aren’t holy or worth your time. The people you hang out with all express their opinions, and if those opinions aren’t based on the Word of God well, that’s another way of attack.

We cannot face these temptations without that helmet of salvation! Philippians 4:13 says  I can do all things through Christ who strengthens me ~ so when you purpose in your heart that you’re going to be on guard against sin, Jesus will give you the strength to deflect any blow to the head that Satan might attempt.   Remember ~ salvation is deliverance! 1 Corinthians 10:13 tells us that God is faithful and with temptation, will also make a way to escape it; when we stand firm in our beliefs, we stand as a light and a witness to everyone we know. Paul tells us in Romans 12:2 ~ Be ye not conformed to this world: but be transformed by the renewing of your mind, that you may prove what is that good, and acceptable, and perfect, will of God.

In other words, don’t be afraid to be different! As hard as it might be to hold high standards when you’re with your friends or co-workers or even just by yourself in your bedroom, you can hold steady in the holiness of God when your mind is renewed and transformed by His Spirit. Our weapons are not carnal, but MIGHTY through God to the pulling down of strongholds, casting down imaginations, and every high thing that exalts itself against the knowledge of God, and bringing into captivity every thought to the obedience of Christ! (2 Cor.s 10:4-5)

If you’re influenced by that kind of thinking, your actions are going to glorify your King and do good for the people around you.  So, I’m going to say to you what my parents said to me and what I now say to my two boys when they’re heading out ~ wear your helmet!

← In the Love of God
A Sad Farewell →