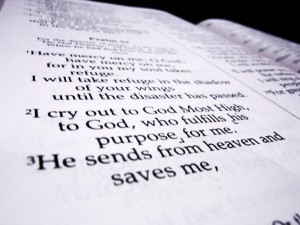 There are stories in the Bible that inspire, stories that comfort, stories that teach obvious lessons, and stories that leave us wondering why on earth they are even in the Bible.  The story of Jephthah is one of the latter.  It is such a confusing story with a shocking ending.  To date, I have never heard a sermon preached on the life of Jephthah, even though his name appears in Hebrews 11 as one of the heroes of faith.

That’s why, when I came to the story of Jephthah during my devotional time recently, I almost skipped it.  I don’t like the story and I didn’t think it was worth reading again.

But I was reminded of the verse that says: All Scripture is given by inspiration of God, and is profitable for doctrine, for reproof, for correction, for instruction in righteousness…
(2 Timothy 3:16)

So I decided to put it to the test.  I asked God to show me why it was in the Bible.  Then I took time to meditate on it. Surprisingly, I found it had a lot to teach me.

Of course, the first question I had to settle was:

Did Jephthah really offer his daughter as a burnt offering?
Why?  Because if he didn’t, then much of what makes this story so objectionable and confusing is removed.

Let’s look at the facts:

It is evident, then, that the Bible leaves no room for any other interpretation.  Jephthah offered his daughter as a burnt offering to the God of Israel because he believed that God gave him the victory over the Ammonites in response to his vow.

Even writing that makes me shudder.  God hates human sacrifice.  In fact, God specifically forbade the Israelites to offer human sacrifices in Leviticus 18:21.

How could God have given Jephthah the victory knowing he would sacrifice his daughter?
To answer that, you have to go back to Judges 10:6 which says that the children of Israel were worshipping the Baals and the Ashtoreths, the gods of Syria, the gods of Sidon, the gods of Moab, the gods of the people of Ammon, and the gods of the Philistines; and they forsook the LORD and did not serve Him.

Basically, they had stopped worshipping the true God and were worshipping every other idol they could possibly find.  And they had been doing so for many decades.  Unfortunately, they seemed to be drawn to some of the worst ~ the ones that required human sacrifice ~ like Molech.

God’s response was to remove his protection and allow them to be oppressed by the Philistines and the Ammonites.

Israel Repents
After 18 years of oppression, the Israelites finally got tired of it.  They remembered how God had delivered them from oppression before.  So they repented.

Interestingly enough God responds by reviewing all the times this same scenario has played out, and flat out tells them:

You have forsaken Me and served other gods; therefore I will no longer deliver you. Go and cry out to the gods which you have chosen; let them deliver you in the time of your distress. (Judges 10:13-14 NASU)

Israel replies, “You are absolutely right.  We have sinned.”

So they put away the foreign gods from among them and served the LORD.  And His soul could no longer endure the misery of Israel. (Judges 10:16)

This text reveals God’s heart.  He has decided to get them out of their misery.

Choosing a Leader
But here’s where the story takes a surprising twist.  When the Ammonites and the Israelites establish the battle line in Gilead, do they ask God who should lead them into battle?

Instead, the leaders get together and try to figure out who they should select.

And who do they choose?  Jephthah.

Why?  Because he is the meanest, toughest, most experienced warrior they can think of.

Which explains why he was the toughest, meanest “soldier” that the Israelites could think of.  He had become a soldier of fortune and he must have been pretty good at it.

Convincing Jephthah
Now obviously, due to this history, Jephthah is not going to be inclined to save the people of Gilead.  So, to entice him, the Gileadites promise that if he wins against the Ammonites, he can be the chief of Gilead. (See Judges 11:6-11)

How could he resist such an offer?  He, the exiled prostitute’s son, would now rule over the legitimate sons of Gilead?  Of course he accepts!

However, we have to remember that when Jephthah was growing up, Israel was worshipping all those idols.  Also, he wasn’t around when they had a religious awaking and turned to the true God.  So his ideas about how to worship Israel’s God are heavily influenced by the prevalent idol worship that he grew up with.

So, why did God choose to work through Jephthah to save Israel?
At this point, we have two competing forces at work:

Baptism of the Holy Spirit for a Specific Task
And God does something astounding. He chooses to work with Israel’s chosen leader to accomplish His good purpose, regardless of what Jephthah is or believes ~ as evidenced by Judges 11:29:

Then the Spirit of the LORD came upon Jephthah.

In the power of the Holy Spirit, Jephthah rallies the Israelites and marches off to make war on the Ammonites.

NOTE:  When the Spirit of the Lord filled Jephthah, He didn’t miraculously wipe his hard drive clean of all viruses and download a new operating system.  He used him just as he was.

The Vow
Apparently, Jephthah did not get an extra dose of bravery with the baptism of the Holy Spirit either.  Big bad chieftain bandit or not, when he comes face to face with the Ammonite army, he knew he needed supernatural help.  That’s when he makes his fatal vow ~ Judges 11:30-31:

If you give the Ammonites into my hands, whatever comes out of the door of my house to meet me when I return in triumph from the Ammonites will be the LORD’s, and I will sacrifice it as a burnt offering. (NIV)

Jephthah is used to gods that are only moved to work on your behalf if you are giving them something valuable they want.  However, this is not how Jehovah works.  He started working on their behalf when they repented.

Also, the vow goes against the specific instructions God gave about sacrifices.  Unless Jephthah lived in the barn with the cows, sheep, and goats, nothing that came out of his front door would have been acceptable as a sacrifice to God.

Of course, we know the rest of the story.  God works out His purpose to save Israel through Jephthah.

Jephthah, thinking he has to hold up his end of the deal, offers his daughter as a burnt offering to God.

Why Didn’t Anyone Stop Him?
The question that haunts me is: Why didn’t anyone, especially the priests of God, stop Jephthah from offering his daughter as a burnt offering?

Perhaps the Israelites, and even the priests, had become so accustomed to children being sacrificed to gods on special occasions that they no longer recognized it as an abomination to Jehovah.

Perhaps no one had the guts to stand up for what was right.

So, back to my initial question:  Is all scripture profitable for instruction?
Here is what I learned from Jephthah’s scandalous story: 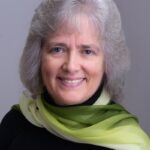 About the author:
Janet Salazar is a recovering Pharisee striving for an authentic, personal relationship with God.  Her passion is to inspire others to grow their relationship with God and learn to hear His voice during their devotional time by sharing what she is learning.  She is a pastor’s wife, mother of two young men, teacher, and published writer currently living in Maryland.
Connect with her at janetfsalazar.com.

← Summer is Near
Always With You →

2 comments for “Is All Scripture Profitable for Instruction?”